Discover how the CFO of an Electrical equipment supplier has simplified and automated the processing of an AP Aging Report, displaying the debt summary per year as well as the cumulative to date.

An Accounts Payable Aging Report (or ‘AP Aging Report’) is a vital accounting document that outlines the due dates of the payments a business needs to pay to its suppliers. Read how a tedious, manual, inaccurate and inefficient process of producing an AP Aging Report has shortened from over a month (per report) to a one-time effort of slightly over a day, followed by several hours of processing each new report.
Running an AP Aging Report powered by RainbowSAP Suite assures it is native within SAP, unlimited in terms of the number of past years included within the report, while including the actuals for the present financial year. For the office of the CFO, ultimately RainbowSAP turns the production of the AP Aging Report from a liability to an asset. Consequently, the Electrical equipment supplier organization is in an advantageous proactive position (rather than a reactive one) with regards to its debt management and financial risk policies.

Providing companies full AP Aging Report that outlines the financial liabilities towards suppliers is often a tedious, inefficient, long and ineffective process. Actually, producing an updated AP AgingReports is perceived as a liability that is being generated only when there is no other choice, mostly due to complexities and to massive manual labor needed to invest in order to produce a single Aging Report, which is effectively outdated as early as the following morning.

PAIN POINT: Namely within SAP ECC, producing an AP Aging Report requires significant SAP processing-time bandwidth and resources given the volume of data that needs to be sorted at any given timeframe, sorted by supplier (Vendor) and by fiscal year. Altogether, within a mid-sized organization, it might take up to one calendar month to produce a multi-year AP Aging Report, every time it is demanded.

Furthermore, once AP Aging Report (or its substes when there is a need to personalize, customize or share the report) is often exported to a spreadsheet. Consequently, it is outdated and inaccurate from the moment it has been exported, it does not enjoy the authenticity and liability of SAP, and the control over the quality and credibility of the data as well as overall data security controls is rather limited (i.e. the organization is no longer protected by the SAP Authorization protocol, and potentially there is limited control over who received the files and whether the person is authorized to access it).

When it comes to S4/HANA, an App named ‘Accounts Payable Overview’ (App ID F2917) includes a KPI named ‘Payable Aging’, using the C_APFLEXIBLEAGING CDS view. One may click on the KPI area to navigate to the Aging Analysis app. The chart displays open invoices separated into age intervals. Use the drop down list to display either overdue invoices or invoices that are not due yet. It is believed that the availability of this standard Fiori App merely moves the starting point forward, thus may reduce some development work in comparison to the ECC version. However, once a user wishes to further breakdown the data by different dimensions, add any column or input to the charts (let alone push automatically notification and alerts according to predefined rules) then there is a need to further develop the CDS. With RainbowSAP Suite, a user or a consultant could personalize the AP Aging Report without any development and in no-time, and could provide access to the updated data for the end users through Fiori in no-time.

ACTION: Within a couple of hours, a customized, personalized and automated AP Aging Report has been created, presenting a 5-year summary (including the current fiscal year open payments to suppliers), clustered by Supplier (‘Vendor’) and by Fiscal Year:

Outcome: Fresh, automated and updated AP Aging Report, reflecting the real-time debt status on the processing date, sorted by supplier and due year, native within SAP.

RESULT: From a process that lasted over a month of manual labor, subject to errors and out-dated once completed, AP Aging Report became an automated, native & protected SAP, on-demand process. AP Aging Report could now be used as an asset and as an important tool to proactively manage the accounting and the debt position of a company. Not only the AP Aging Report has been generated within a few hours, but it has also been automated in a way that various stakeholders in the company could trigger the request, assure a one-truth and a standardized view of this report, regardless of the person invoking the demand.

Since AP Aging Report is now native in SAP, the organization’s customer is now protected by SAP’s Authenticity, liability and authorization protocol. Furthermore, the outcome of using RainbowSAP Suite permits the end users to personalize the data, split & share the data with relevant stakeholders and run further analysis over the report, without any development or need to extract the data outside of SAP environment. 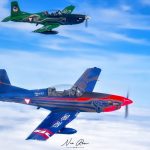 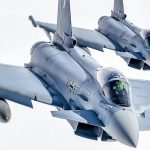